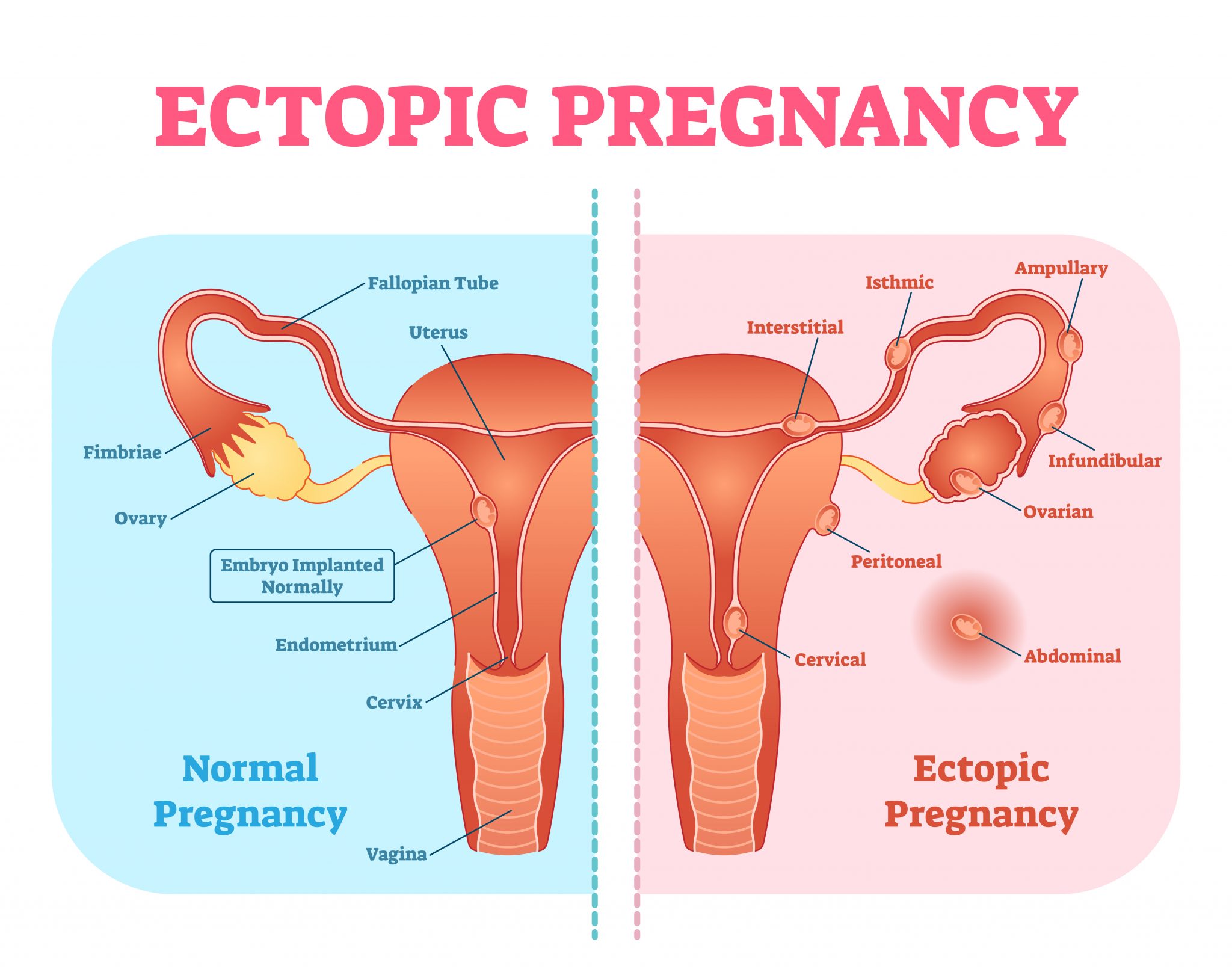 This type of pregnancy happens in 1 out of every 50 cases. Such pregnancies can’t continue normally and may cause damage to maternal structures. Although, in some cases of tubal pregnancy there are extremely slim chances that the child may survive. Ectopic pregnancies occur in the few weeks of the pregnancy, but doctors usually discover it by the 8th week. However, one can still have a normal and healthy pregnancy in future.

Below are the Ectopic Pregnancy Symptoms, Causes , Treatment, Diagonis and Risk Factors

Following are the causes of ectopic pregnancy:

Smoking: Smoking just days before getting pregnant adds to chances of having an ectopic pregnancy.

If you or your doctor suspects that you have an ectopic pregnancy then your doctor might perform a pelvic check up, although, in order to ascertain such pregnancies your doctor may suggest an ultrasound or blood tests.

Ultrasound: A transvaginal ultrasound is required to ascertain an ectopic pregnancy. In such an ultrasound, the transducer is inserted into the patient’s vaginal opening which results in producing an image of the required organs with help of sound waves.

Blood tests: In certain cases it might be too early to confirm an ectopic pregnancy, hence, the doctor monitor the situation with help of some blood tests and then perform an ultra sound when the time is right.

Depending on the condition of the fallopian tubes and the time of diagnosis, an appropriate method of treatment is selected to manage the ectopic pregnancy. An ectopic pregnancy cannot be continued as it will lead to life threatening complications for the mother.

Medication & monitoring hCG levels: If the ectopic surgery is detected early then medication can be sufficient treatment. The aim of medication here is to stop the pregnancy tissues, along with medication the doctor will monitor levels of hCG (human chorionic gonadotropin) which are hormones produced during pregnancy. Medication should only be pursued if the fallopian tubes are still normal.

Laparoscopy: If the fallopian tubes are damaged then laparoscopy should be pursued. Laparoscopy is a procedure in which a small & lighted instrument known as the laparoscope is inserted through small incisions made near the abdomen area. The doctor will remove the embryo and also repair the damaged fallopian tubes.

Laparotomy: If there is a complete rupture of the fallopian tubes then it is necessary to remove them. This is done by making a large incision near the abdomen. It is a procedure similar to laparoscopy but since the incision is large the recovery time, complications & pain is more.

Future pregnancy after treatment & management of an ectopic pregnancy:

One must consult the doctor regarding how long to wait before pursuing another pregnancy. Usually the time is 3-6 months.

Please fill up this form to book an Appointment

Dr Pankhuri Gautam is an obstetrician by choice but a pelvic surgeon by extreme passion. She is practising her passion since last 8 years exclusively.